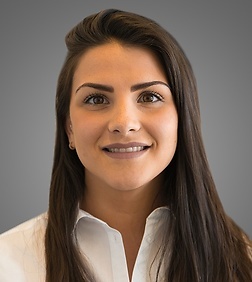 Ciara Barbu-O'Connor is an associate in the Antitrust and Competition Practice Group in the firm's Brussels office.

Ciara is a member of the firm’s EU Competition & Regulatory practice and advises on all aspects of European, UK and Belgian competition law, including mergers, cartels, abuse of dominance as well as State aid across all sectors and industries.

Her past experience includes work in the antitrust groups of other international law firms in Brussels and in the Directorate-General for competition of the European Commission where she worked on the transposition of the EU Directive for antitrust damages.

Ciara holds degrees from three European universities including an LLB from the University of Exeter (UK), two Master of Laws from Université Catholique de Louvain (BE) and Leiden University (NL), as well as a diploma in transnational law from Université de Genève (CH). She is fluent in French in addition to her native English.