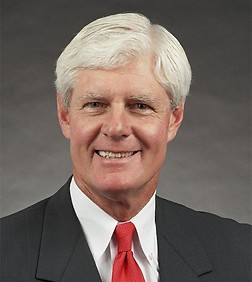 Christopher Neils is Of Counsel in the Real Estate and Corporate Practice Groups in the firm's San Diego (Del Mar) office. After spending four years as an officer in the U.S. Marine Corps, he has spent his entire legal career in San Diego specializing in real estate, corporate and business transactions.

Christopher's practice includes the acquisition and disposition of major real estate assets, including large tracts of undeveloped land, as well as land improved with commercial projects such as office buildings, industrial parks, shopping centers and hotels. He handles a wide variety of real estate partnerships. His practice includes the financing of commercial projects such as hotels, office buildings, industrial parks and shopping centers.

Christopher works extensively on land use and entitlement matters in connection with major developments, including hotel projects, a master planned community and multi-phase, mixed-use projects. He handles matters under the California Environmental Quality Act and works with and appears before administrative bodies, including the Coastal Commission and various resource agencies.

Christopher handles the specialized issues relating to Port Districts, as well as the special problems of tidelands and lagoons. He works on the formation of assessment districts and Mello Roos Districts for the financing of major public improvements, and he also handles bond financing for major private facilities.

Of note, Christopher's former mixed-used projects included working on Aviara, a 1,000-acre planned community development with Arnold Palmer Golf Course and a Four Seasons resort hotel located on Bataquitos Lagoon in the City of Carlsbad, and Hazard Center in San Diego, which involved an office building, hotel, shopping center and future residential. With regard to notable major commercial projects, he worked on the twin tower San Diego Marriott Hotel and Marina, completed in 1987, and the San Diego Hyatt Regency. Further, with respect to bond projects, he worked a private congregate care facility in northern San Diego.