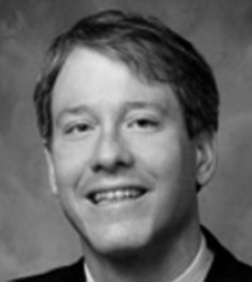 Don Williams is the Managing Partner and Chief Representative of the firm's Shanghai office and a partner in the firm's Corporate Practice Group.

Mr. Williams' practice encompasses a broad range of general corporate and transactional matters in both the PRC and US, including private equity and venture capital financings, mergers and acquisitions and public offerings. Mr. Williams has been recognized as one of the top China-based private equity/venture capital lawyers by Chambers Asia-Pacific in each year from 2009 through 2020, and by Legal 500 in each year from 2014 through 2020. Mr. Williams was also awarded a “China Top 15 M&A Lawyer” ranking by Asian Legal Business in 2019.

Mr. Williams was co-chair of the Legal Committee of the American Chamber of Commerce in Shanghai from 2010 to 2016, and remains a Vice Chair today.

A well regarded expert in corporate and securities law and cross-border transactions, Mr. Williams relocated from Silicon Valley to Shanghai in 2005 to open the office of a leading Silicon Valley law firm and represent Google in strategic investment and M&A transactions in China.

From 2013 to present, Mr. Williams has acted for Alibaba in 68 projects, primarily PE/VC and M&A transactions in China, the US, and elsewhere around the world.

In 2017, Mr. Williams represented Grab, Inc., the leading on-demand transportation and mobile payments platform in Southeast Asia, in its US$2.5 billion financing co-led by existing investors DiDi Chuxing and SoftBank, which was widely reported as the largest single financing in the history of Southeast Asia.

In 2020, Chambers Asia-Pacific reported: “Don Williams is adept at handling venture capital financings, most notably in the technology sector. One client appreciates that he ‘goes above and beyond’ on mandates and describes him as ‘a trusted partner who is very thorough, experienced and commercial, and has the ability to work with a number of personalities.’”

In 2018, Chambers Asia-Pacific reported: “Don Williams of Sheppard, Mullin, Richter & Hampton is well known for his work on technology-related M&A and private equity deals. In one work highlight, he represented FunPlus in the sale of the DianDian mobile game business to Century Huatong Group”.

In 2018, Legal 500 Asia Pacific reported : “Sheppard, Mullin, Richter & Hampton LLP’s ‘level of service is very good; the team is close-knit, responsive and does not hesitate to work late or during weekends to meet tight timelines’. It regularly advises private equity firms on investments, acquisitions and portfolio company restructurings. Shanghai managing partner Don Williams is recommended for private equity and venture capital financings, M&A deals and public offerings; he has ‘vast experience and industry knowledge, a hands-on approach, and his advice is commercially practical’”.

In 2017, Chambers Asia-Pacific reported: “Don Williams heads the private equity team at Sheppard, Mullin, Richter & Hampton, where he is recommended for M&A involving the technology sector.”

In 2016, Chambers Asia-Pacific commented: “Don Williams of Sheppard, Mullin, Richter & Hampton handles a number of venture capital and equity finance transactions, especially for clients in the e-commerce and TMT sectors. Interviewees are particularly impressed by his "very good skill set and commercial stance.””

In 2015, Chambers Asia-Pacific indicated: “Don Williams of Sheppard, Mullin, Richter & Hampton impresses clients as someone who ‘is practical and knowledgeable, and thinks in the shoes of the client.’ He is experienced in overseeing transactions for clients in the technology and e-commerce sectors.”

In 2014, Chambers Asia-Pacific also noted: “Don Williams leverages his Silicon Valley background to advise a variety of private equity and venture capital funds. He lately represented Alibaba with respect to purchasing a US$ 294 million stake in Nasdaq listed mapping and navigating company Autonavi.”

In 2013, Chambers Asia-Pacific reported: “‘Professional, experienced and detailed,’ Don Williams of Sheppard, Mullin, Richter & Hampton continues to impress market observers. He has considerable experience of handling a wide variety of private equity and venture capital financings, and remains a popular choice for clients...”

Co-chair, Legal Committee, The American Chamber of Commerce in Shanghai, from 2010 to 2016, and current Vice-Chair