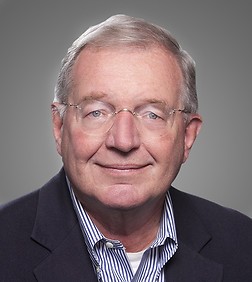 Edward V. Anderson is a member of the Intellectual Property and Antitrust Practice Groups in the firm's Silicon Valley and San Francisco offices. Ed was the co-managing partner of the Silicon Valley office.

As one of the first generation of lead IP trial lawyers in the Silicon Valley, Ed has litigated some of the historic IP cases in the Silicon Valley and the International Trade Commission. Ed has represented national and international clients in the computer, consumer electronics,  medical device, semiconductor, software, and telecommunications industries for more than 40 years. He has extensive litigation and jury trial experience in complex intellectual property, antitrust and commercial cases before Federal, State and Appellate Courts, and especially before the International Trade Commission. Ed has provided experienced counsel to a wide range of major and emerging technology companies in managing their intellectual property interests. Ed also has extensive mediation and arbitration experience, both as a representative and as an arbitrator and mediator. He is a frequent speaker at industry and academic workshops on intellectual property and arbitration issues.

Ed has consistently been recognized as one of the top intellectual property attorneys in California and the United States. Ed has been named one of Silicon Valley’s top 300 lawyers and for multiple years was named one of the Daily Journal’s leading IP litigators in California. Ed is recognized in the 2020 and numerous prior editions of The Best Lawyers in America and SuperLawyers in Intellectual Property Law. He was recognized by Legal 500 as being one of the best-known ITC practitioners, having served as lead counsel in numerous ITC litigation cases, noting that he is a “responsive, smart and an excellent attorney.”  His marquee clients have included ATT; Canadian Solar; Centrify Software; Chevron; Digital Instruments; Etec Systems; LG Electronics; Hyundai Electronics; JDS Uniphase; Integrated Device Technology; NexGen Semiconductors; LendingTree; Microsoft; Monster; Mosel-Vitelic; PCTel; ProMOS; QuickLogic; Lotes; Samsung; STMicroelectronics; Tandem Computers; Toho Titanium; and Xilinx.

Ed also has played a critical role in the establishment, leadership and growth of intellectual property practices for four law firms since the earliest days of the Silicon Valley. Ed started his career with Pillsbury, Madison and Sutro as a summer associate, associate and partner from 1977 through 1993, where he led the effort to build its intellectual property practice in the Silicon Valley starting in 1981. The practice group joined Skjerven Morrill MacPherson LLP starting in 1993, where he became the firm’s managing partner and led the firm's growth to over one hundred and thirty attorneys, the largest IP firm in Silicon Valley history. In 2003, the practice group joined Sidley Austin LLP where Ed was a founding partner of the Silicon Valley office and led Sidley’s Northern California IP practice and Nationwide ITC practice for almost a decade. In 2012, Ed joined the Silicon Valley office of Sheppard Mullin LLP and has served as its co-managing partner and head of its ITC practice.

Throughout his career, Ed has undertaken numerous leadership roles in the profession as well as in serving organizations in his community. As a young lawyer, he undertook numerous pro bono matters for the ACLU and the Silicon Valley Law Foundation. Later Ed joined the Board of the Silicon Valley Law Foundation, the largest provider of pro bono legal services in the Silicon Valley, where he has served for more than 20 years. Ed also has served on the boards of educational institutions. He served for 17 years, including three years as President, on the Board of Lick-Wilmerding High School, a San Francisco private high school with the public purpose of serving a diverse and inclusive community. He served from 1998 to 2005 as a Board Member and Vice President of the Hamlin School for Girls in San Francisco. He served from 2007 to 2014 as a Board Member of the Stanford Law School Board of Visitors and has served as a Reunion chair, class leader and volunteer of the Stanford Class of 1975 and Stanford Law School Class of 1978 reunion and giving efforts for numerous years. Ed is a native San Franciscan and an Eagle Scout. Ed also has served on the Board of San Francisco Beautiful, the St. Francis Wood Homes Association, Western Neighborhoods Project and the parish council of St. Mary the Virgin Episcopal Church in San Francisco.

Named to Daily Journal's List of the "Top Intellectual Property Lawyers" in California, 2008-2009

Board Member, Stanford Law School Board of Visitors (2007 to present)

Board Member and former Vice President, Hamlin School for Girls (1998 to 2005)

Board Member and former President, Lick-Wilmerding High School (1983 to 1998)