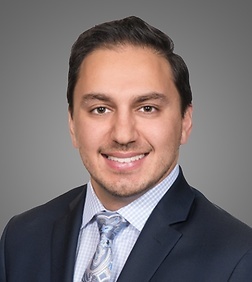 Jawid Habib is an associate in the Labor and Employment Practice Group in the firm's San Diego office.

Jawid represents employers of all sizes. He knows that no matter how large the size of his clients' operations — whether an aspiring startup, a Fortune 500 powerhouse, or a local bank — each one faces a unique set of challenges. He believes the best approach is to treat each client's challenges as his own.

Over the years, Jawid has helped clients resolve a broad range of employment issues, including:

Jawid's career in employment law began with the Equal Employment Opportunity Commission (EEOC), where he served as a law clerk for Administrative Judge Louis Garcia. Jawid's service at the EEOC — the federal agency that administers and enforces civil rights laws against workplace discrimination — provided him unparalleled experience in resolving Title VII claims. He went on to clerk for the Honorable Larry A. Burns of the Southern District of California. Before joining Sheppard Mullin, Jawid was part of a trial team that defeated virtually all wage and hour claims brought by over 10,000 class members. The trial lasted ten weeks.

Member and Co-Chair of Philanthropy and Engagement Committee, Board of Directors, The Preuss School UC San Diego