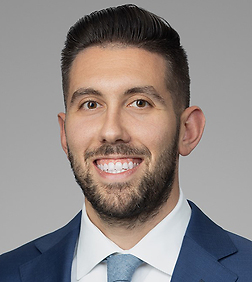 Jordan Holtzer is an associate in the Entertainment and Digital Media Practice Group in the firm's Century City office.

Jordan’s practice focuses on transactional entertainment matters including rights acquisitions, first look and overall agreements, and the development, production, financing and licensing of film and television projects. He advises studios, production companies, independent producers, and digital content creators in all aspects related to the creation and exploitation of motion pictures, documentaries and television series.

Jordan received his law degree from UCLA Law School where he served as President of the Sports Law Federation. He focused his studies on media, entertainment, technology and sports. During law school, Jordan interned for Starz, Miramax, Marvel Studios, Proskauer Rose LLP and Schreck Rose LLP. He received the David Carr Prize for emerging writers at South by Southwest (SXSW) in 2019.

Prior to joining Sheppard Mullin, Jordan worked as a corporate associate at another major law firm in Century City, where he focused on mergers and acquisitions in the private equity market. Before becoming a lawyer, Jordan worked as a management consultant for Ernst & Young LLP.

When Jordan is not practicing law, he can be found playing basketball or watching the latest true crime documentary.