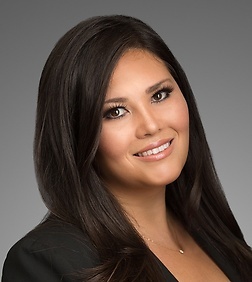 Jacqueline Luther is a partner in the Business Trial and Finance and Bankruptcy Practice Groups in the firm's Orange County office. Jacqueline also serves on the firm's Diversity and Inclusion Committee, Women's Group Committee, and the firm's Recruiting Committee.

Jacqueline has trial experience and handles all aspects of litigation including, administrative, trial court, and appellate proceedings in both state and federal courts.

Jacqueline represents a broad base of financial institutions and other clients in all state and federal courts and has experience enforcing secured and unsecured loan obligations, obtaining attachments, injunctions, restraining orders, receiverships, and other pre-judgment remedies. She is also experienced in handling real property and UCC foreclosures, defending clients against lender liability, sham guaranty, and unfair business practices and specializes in enforcing and collecting judgments at both the trial court and appellate court level.

Jacqueline represents clients in trust and estates litigation in both prosecuting and defending disputes pertaining to breach of fiduciary duty/surcharge actions, interpretation issues, will/trust contests, entitlement claims, and other types of controversies, both in the court system and before alternative dispute resolution forums.

Jacqueline second chaired as trial counsel in a consolidated will and trust contest where the firm represented the beneficiary of the decedent's will and trust. The suit was brought by the decedent's nephew, her only living heir at law, who alleged that the decedent lacked testamentary capacity and was subject to undue influence. Although the trial lasted nearly two weeks, the judge took only ten minutes after the conclusion of closing arguments to announce his decision rejecting all of the nephew's claims and upholding the validity of the will and trust documents.

Jacqueline second chaired as trial counsel in a trust case that concerned the correct methodology for distributing the residue of a multi-million dollar trust, which held valuable licensing agreements and trademarks. The case boiled down to whether, under California law, the so-called “fixed fraction method” or “changing fraction method” applied to determine how the trust residue was to be divided among three equal residuary shares, after taking major principal charges (including $38 million in estate taxes) into account.  While no California case had previously addressed this issue, after seven days of trial, the judge took only ten minutes after the conclusion of closing arguments to announce his decision in favor of our proposed “changing fraction method.”

Jacqueline first chaired as trial counsel in a conservatorship proceeding regarding whether a conservatorship over an individual should be reinstated based upon a finding that the individual was gravely disabled pursuant to California Welfare and Institution Code section 5450 et seq.  Jacqueline delivered the opening statement, examined the expert witnesses who testified at trial, both on direct and cross, cross-examined a percipient witness that was not disclosed prior to trial, and delivered the closing argument.