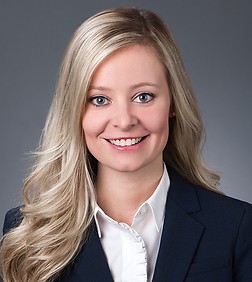 Laura Alexander is an associate in the Government Contracts, Investigations & International Trade Practice Group in the firm's Los Angeles office.

Laura’s practice consists primarily of representing defense, aerospace, and digital marketing corporations in federal and state criminal investigations. In defending these cases, Laura has interacted with agents from various federal agencies, including the Federal Bureau of Investigation. She has responded to state and federal subpoenas, including a Grand Jury subpoena, and she has further prepared several witness interviews and an evidentiary presentation to the U.S. Attorney’s Office.

Laura also has experience representing corporations in general commercial litigation. For example, Laura has written several post-trial motions while defending an international food packaging corporation in a trade secret misappropriation case, and she has also represented a national security services corporation in arbitration proceedings related to a contractual dispute.

Laura further maintains an active pro bono practice. She has represented clients in their applications for political asylum, and she has also drafted motions for a post-conviction death penalty appeal based on Atkins v. Virginia’s intellectual disability exemption.

Prior to joining Sheppard Mullin, Laura externed for the Honorable Judge Otis D. Wright, a federal district court judge for the Central District of California. In law school, Laura externed for the Criminal Division of the United States Attorney’s Office. She was a member of the Moot Court Honors Board and a finalist in UCLA School of Law’s Roscoe Pound Moot Court Competition. Prior to law school, Ms. Alexander worked in Washington, D.C. at a chamber of commerce that focused on strengthening commercial ties between the United States and the Middle East and North Africa region.

J.D., University of California, Los Angeles, 2016, Order of the Barristers