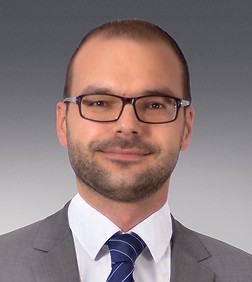 Michael Hofmann is an associate in the Antitrust and Competition Practice Group in the firm's Brussels office.

Michael is a member of the firm’s EU Competition & Regulatory practice and focuses on all aspects of European and German competition law matters. He regularly advises clients on merger notifications with the European Commission, the German Federal Cartel Office and other competition authorities. Michael further advises in cartel investigations and abuse-of-dominance proceedings both before the European Commission and national competition authorities. He has extensive experience in a variety of industry sectors including energy, railway, postal services, consumer goods, and telecommunications.

Michael wrote his doctoral thesis in the area of energy competition law and holds a Master of Laws degree (LL.M.) in International Commercial Law from the University of Aberdeen (UK). He is fluent in English in addition to his native German.