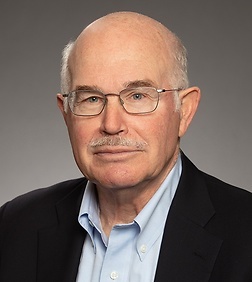 Michael B. Wilmar is a special counsel in the Real Estate, Land Use and Natural Resources Practice Group in the firm's San Francisco office.

Michael also represents clients in the resolution of title questions arising out of tidelands trust, including the negotiation and documentation of land exchange and boundary settlement agreements with the State of California acting through the State Lands Commission.

Over the course of his career, Michael has represented many developers of projects that have raised difficult and complex regulatory issues.  These projects have included Pier 1, the Ferry Building, and Mission Bay in San Francisco (which involved one of the largest and most complex tidelands exchanges ever with the State of California), the Oak to 9th Project in Oakland, the Hunters Point Naval Shipyard, the Treasure Island Naval Station, the Vallejo Waterfront, the Electronic Arts headquarters campus at Redwood Shores in Redwood City, the expansion of a major quarry in Sunol, and a 500+ unit, mixed-use residential/industrial park development in Hayward.

Prior to joining Sheppard, Mullin, Richter & Hampton, Michael was a partner in the San Francisco office of Nossaman, Guthner, Knox & Elliott, LLP. Michael is conversant in German.

Represents the developers of the private parcels on the Vallejo Waterfront on all entitlement issues.

Represented the developer of a major San Francisco waterfront office project at Pier One in San Francisco with respect to BCDC and State Lands entitlement issues.

Represented the developer of the Ferry Building project in San Francisco with respect to BCDC and State Lands entitlement issues.

Represented the developers of Jack London Square in Oakland with respect to State Lands and public trust issues.

Represents the developer of a major mixed use 500+ residential and light industrial development in the City of Hayward, California with respect to all major entitlement issues, including CEQA, Section 404 of the Clean Water Act, Section 10 of the Rivers and Harbors Act of 1899, and local zoning.

Represented major San Francisco-based developer with respect to state and federal entitlement issues (Section 404, CEQA, BCDC) on the Mission Bay Project in San Francisco.  Representation also included advice regarding one of the largest exchanges of public trust lands for privately-owned lands of equal or greater value.

Special counsel to City and County of San Francisco on America's Cup.

Past Member, Board of Directors, San Francisco Planning and Urban Research Association (SPUR)