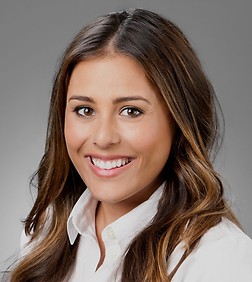 Nicole Bagood is an associate in the Entertainment, Technology, and Advertising Practice Group in the firm's Century City office.

Nicole’s practice focuses on transactional entertainment matters, including rights acquisition, development, production, distribution, financing, guild related matters, advertising, and clearance and fair use issues. She works with studios, large production companies, independent producers, big brands and cutting edge digital content creators (including Focus Features, Amazon Studios, Entertainment One, HBO, BET, Lionsgate, Snapchat and Gaumont) in all aspects related to the creation of motion pictures, documentaries, television series (both scripted and unscripted), animated projects (both motion pictures and television series), serialized online content, and various aspects of advertising and promotional material.  In addition, Nicole works in the videogame space, representing clients such as Twitch and various videogame developers, including Supermassive Games in connection with the development of its BAFTA award winning game, “Until Dawn”.  She also advises clients regarding new guild issues that arise in the context of cutting-edge multimedia projects such as VR and AR projects.