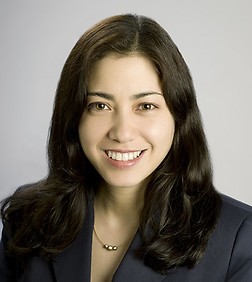 Rena Andoh is a partner in the Business Trial Practice Group in the firm's New York office. Rena is also Chair of the Firm’s Diversity & Inclusion Committee.

Rena has substantial trial and arbitration hearing experience, including acting as lead counsel/first chair trial counsel in complex commercial matters and class action matters. Rena also maintains an active appellate practice and has argued before the United States Court of Appeals for the District of Columbia Circuit and the First Department of the New York State Supreme Court, Appellate Division.  She has extensive experience litigating in state and federal jurisdictions, particularly in the Commercial Division of the New York State Supreme Court system. Rena routinely handles expedited litigation such as restraining orders, attachments, and injunctions. She also litigates matters before international and domestic arbitration forums, including the AAA (and the ICDR), JAMS, FINRA, and the ICC.

Rena specializes in complex electronic discovery, and counsels clients on practical and legal issues relating to forensic preservation and analysis of electronic devices.

Prior to entering the legal profession, Rena was a professional violist.

Rena has served as lead jury trial counsel in trade secret and restrictive covenant litigation. She recently obtained a complete defense verdict for a company and individuals accused of corporate raiding and trade secret theft in the financial industry.  Rena also handles preliminary injunction hearings and expedited litigation with respect to the enforcement of restrictive covenants, including employee and client non-solicitation agreements, trade secret restrictions, and covenants not to compete.

Rena regularly litigates copyright and patent cases.  In addition to her work in standard intellectual property jurisdictions, she practices in the Court of Federal Claims defending military contractors against infringement claims made in connection with work done for the United States Government.

Rena is currently acting as lead defense counsel to a health care provider in a major False Claims Act case in the Southern District of New York, and has experience defending companies in cases that have proceeded from the Civil Investigative Demand phase to litigation.

Rena has a long track record of successfully defending companies against claims of discrimination.  Her recent successes include a complete victory on a motion to dismiss age and gender discrimination claims, as well as wage claims, in the Southern District of New York.

Rena has conducted a number of internal investigations relating to whistleblower allegations and other workplace complaints. Those investigations include subject matter such as theft, various forms of fraud, and discrimination/harassment.

Rena has represented a number of clients investigated by government agencies and/or regulators, or subpoenaed as witnesses in those investigations.  She has represented clients in connection with investigations overseen by organizations including the New York Attorney General’s office, the Department of Justice, the Southern District of New York, and numerous bank and financial service regulators.