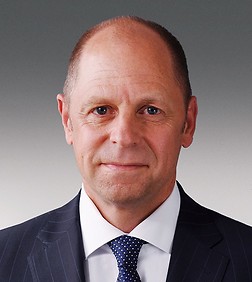 Robert Klotz is a partner in the Antitrust & Competition Practice Group in the firm's Brussels office.

Robert concentrates on all aspects of EU and German competition and regulatory law and represents clients before the European Commission and national authorities, with a particular focus on network industries, such as energy, telecommunications, post and transport.

Previously he served for almost a decade as an official of the European Commission in DG Competition, dealing with high level antitrust cases, first in the Telecommunications and Post Unit, and subsequently in the Energy and Water Unit.

"What Will Be the Size of the EU Competition Policy Reform: XS, M or XXL?", Editorial, European Competition and Regulatory Law Review (CoRe), February 2020

"No Time for Losers, ‘Cause We Are the Champions", Editorial, European Competition and Regulatory Law Review (CoRe), March 1, 2019

"Regulations and Antitrust in the Railway Sector: The Right Track Towards More Effective Competition?", European Networks Law and Regulation, November 2013

"The Spider in the Web - the Role of the Commission as a Regulatory Legal Hub in Europe", Kontinuität und Wandel bei europäisierten Aufsichts- und Regulierungsstrukturen, (eds. Manger-Nestler/Gramlich), 2016