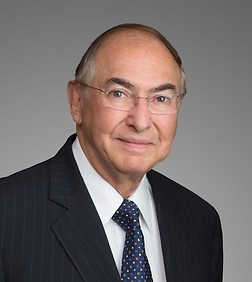 Robert H. Philibosian is Of Counsel in the Real Estate, Energy, Land Use & Environmental Practice Group in the firm’s Los Angeles office.

Robert represents clients before local, state and federal administrative agencies and local legislative bodies.  He advises and represents clients on a wide variety of government permits, regulatory matters and projects, including land use; coastal developments and opposition to coastal developments; public-private partnerships and municipal contracts; and consumer and environmental enforcement actions. He is the Government Relations Team Leader for Sheppard Mullin's Global Climate Change Team.

He served as California's Chief Deputy Attorney General in 1982. In that capacity, he was responsible for the daily operations of the California Department of Justice.

From 1979 to 1982 he was the Chief Assistant Attorney General of the Criminal Law Division, where he directed the State's criminal appellate prosecutions. In addition, he directed civil and criminal prosecutions of consumer fraud, Medi-Cal fraud and antitrust matters.