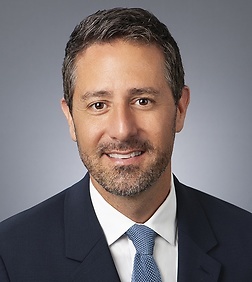 Sid Fohrman is a partner in the firm’s acclaimed Entertainment, Technology and Advertising Practice Group and both Leader of the firm’s Music Industry Team and Esports Industry Team.

Sid represents a diverse client base comprised of public and private companies, on and off-screen talent, artists, influencers, and entrepreneurs across the full spectrum of the entertainment industry, including, music, esports, fitness, sports, technology, event, film and television industries. He often acts as outside general counsel to music and entertainment companies, and regularly handles multi-faceted corporate and entertainment transactions. Sid advises on new media business models and joint ventures, and handles content and licensing deals related to technology and new media exploitation; endorsement and sponsorship deals; publishing, licensing and other copyright and trademark transactions; and production, labor, trade and venue matters in connection with live events.

A nationally-recognized top music lawyer, Sid’s practice is anchored by his significant experience representing both talent and institutional clients in all aspects of the music industry. He has represented some of the world’s largest media companies and most prominent artists and producers on recording and music publishing agreements, content licensing, composer and producer agreements for film and television, and has represented live event promoters in connection with all aspects of music festivals and live concert events.

Sid brings to his transaction practice extensive prior experience as a commercial litigator in which capacity he represented public and private companies in complex contractual disputes, business torts, copyright and trademark infringement, antitrust, and finance. He has appeared before state and federal courts, at both the trial and appellate levels, and has considerable experience with alternative dispute resolution.