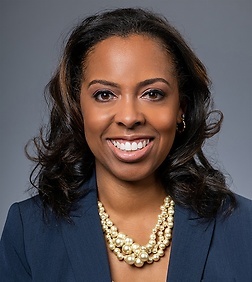 Shmel Graham is an associate in the Real Estate, Land Use and Environmental Practice Group in the firm's Los Angeles office.

Shmel has been a featured speaker on driving innovation in operations in local government, best practices for leveraging public-private partnerships and optimizing publicly owned land to support civic and economic development initiatives. She serves as a board member for the Urban Land Institute (ULI) Los Angeles Advisory Board and the Real Estate Associate Program (REAP).

Shmel received her J.D. from Indiana University McKinney School of Law in Indianapolis. Additionally, she completed a summer law study program at Renmin University of China in Beijing, China. She earned her B.A. from the University of Michigan in English and Political Science. Shmel also completed the Los Angeles African American Women’s Public Policy Institute (LAAAWPPI) and the Real Estate Associate Program (REAP).