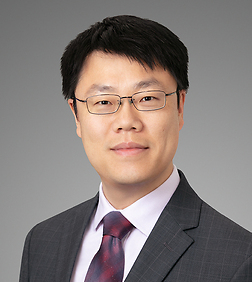 Shenshen Li is an associate in the Intellectual Property Practice Group in the firm's Dallas office.

Shenshen advises clients on their diverse needs on intellectual property matters, with a focus on patent prosecution and portfolio management in areas of life sciences and electrical engineering.

Shenshen understands your inventions – he is himself the lead inventor on 10+ issued and pending patents. He brings his broad and in-depth research experiences from academia, industry, and national laboratory settings, in areas such as synthetic chemistry, polymers, mesoporous materials, formulations, renewable energy, catalysis, quantum chemistry, semiconductors, among many others.

Shenshen previously worked as a judicial extern at the U.S. District Court for the Northern District of Illinois, where he assisted the District Judge rendering opinions on patent litigation and Lanham Act matters. Shenshen also has experiences helping both patent owner and challenger in Inter Partes Review (IPR) proceedings in front of the Patent Trial and Appeal Board (PTAB).

Prior to his legal career, Shenshen led the chemistry and material science R&D at a leading global packaging company, where he developed a sincere passion for environment sustainability.  He has since been active assisting the legal needs of startups and nonprofits in the sustainability area.