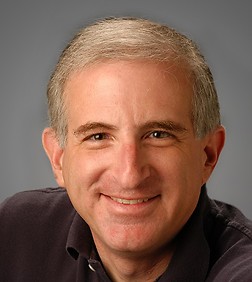 Sheldon Siegel is a special counsel in the Corporate and Securities Practice Group in the firm's San Francisco office.

Represented Financial Proformas, Inc., a Walnut Creek based software developer, in connection with the sale of its business to Moody's Investor Service, a subsidiary of Dun & Bradstreet.  Negotiated complex earn out mechanism and ongoing employment agreements for company management.

Represented GE Capital Aviation Services, a division of General Electric Capital Corporation, in connection with the refinancing of an investment in Polar Air Cargo, Inc., an air freight company.  Prepared aircraft leases for a fleet of 12 747 freighter aircraft.

Represented Stewart Enterprises, Inc., a New Orleans-based NYSE company that provides death care services, in connection with the acquisition of the Northern California Neptune Society and various other acquisitions.

Represented Warman, an international mining pump manufacturing company located in Australia, in connection with its acquisition of companies located in Pennsylvania, West Virginia and Florida.  Follow-up transaction involving the purchase of a Brazilian company in which the sellers had an interest.

Represented Pearl Investment Company, a publicly-traded Kuwaiti company, in connection with the settlement of disputes involving eight limited partnerships which had acquired U.S. properties ranging from hotels to marina development projects to apartment complexes.  The transaction took the form of an acquisition of the general partnership's positions in seven limited partnerships and a disposition of a limited partnership position in another partnership.

Represented AMB in connection with its acquisition of control of the Investment Real Estate Division of Bank of America.

Represented Quadrex Corporation, a publicly-held environmental consulting concern, in connection with several private placements of common stock (including subsequent registration of shares with the SEC), and in connection with the sale of substantially all of its assets and the wind-down of its operations.

Represented the purchaser of all of the assets of Frank Howard Allen & Co., the largest residential real estate brokerage firm in Marin and Sonoma Counties.

Represented this Bank of America division in connection with the negotiation and documentation of a $116,000,000 credit facility with The National Bank of Kuwait.

Represented this non-profit corporation (and its related foundation) in connection with various matters including revision of bylaws, restructuring of organization to permit new forms of member sections, and handling of disputes of various types.

Ongoing representation of this charitable foundation formed by the noted producer to develop interactive educational tools for primary grades.

B.S., University of Illinois at Champaign, 1980