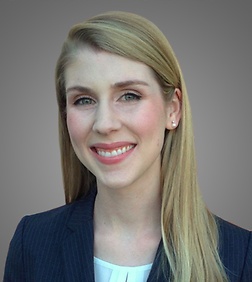 Suzanne Specker is an associate in the Business Trial Practice Group in the firm's San Diego office.

Suzie specializes in complex civil litigation in both state and federal court.  Her practice focuses on all aspects of insurance litigation, including first and third-party bad faith claims, insurance coverage disputes, and insurance fraud.

Before joining Sheppard Mullin, Suzie served as a law clerk to the Honorable Roger T. Benitez of the United States District Court for the Southern District of California and to the Honorable Nanette K. Laughrey of the United States District Court for the Western District of Missouri.  During her clerkships, Suzie enjoyed exposure to a wide range of complex civil matters concerning everything from insurance class actions to constitutional torts to products liability.  In addition, Suzie supported the judges during four civil jury trials and assisted Judge Benitez, sitting by designation, on three Ninth Circuit Panels.

Suzie also gained extensive litigation experience while practicing with another AmLaw 100 firm, where she represented employers in a variety of employment-related actions, including wrongful termination, whistleblower, discrimination, harassment, and wage and hour claims.  She has spoken on panels for the Federal Bar Association and the Kansas City Employer Conference.

While in law school, Suzie received the Judge Shepard Barclay Prize, given to the 3L “who has attained the highest standing in scholarship and moral leadership”; the Guy A. Thompson Prize for Best Student Note; 12 CALI Awards for First in Class; and was named a Top 10 Oral Advocate.