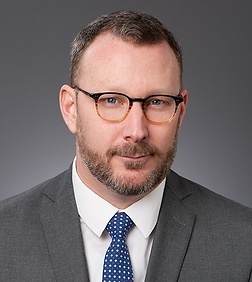 Zachary M. Norris is an associate in the Real Estate, Energy, Land Use & Environmental Practice Group in the Los Angeles office.

Zachary has a broad practice that focuses on land use, contaminated properties and civil litigation. His litigation experience includes successfully prosecuting and defending claims on behalf of corporate and municipal clients in both state and federal courts, including the U.S. District Court for the Central and Northern Districts of California, U.S. Court of Appeals for the Ninth Circuit, California's Court of Appeal and the Supreme Court of California. Zachary has secured orders in his clients’ favor on several motions in state and federal trial courts, including temporary restraining orders, preliminary injunctions, summary judgment motions, demurrers, and motions to dismiss. He also has substantial expertise in appellate practice, and has been the primary author on numerous appellate briefs.

Prior to joining Sheppard Mullin, Zachary worked for the Oregon Department of Justice, Natural Resources Section, on land use and planning under Oregon's Measure 37, a comprehensive stream adjudication for the Klamath River Basin, and timber harvesting on public lands. He also interned at the Federal Public Defender for the District of Oregon, assisting with trial preparation for federal criminal and terrorism cases.