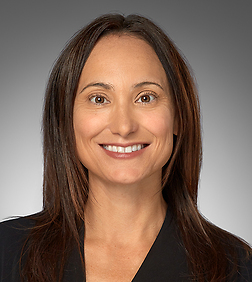 Marisa Brutoco is a partner in the Intellectual Property Practice Group in the firm's Orange County and Century City offices and is a Team Leader of the firm’s Technology Transactions Team.

Marisa Brutoco uses her years of experience working with some of the world's most innovative technology companies to help provide strategic legal and business advice for her clients regarding technology, commercial, and intellectual property transactions.  Marisa works at the intersection of technology and entertainment/digital media.  In addition to her work at previous firms, Marisa has been in-house at Amazon (for FireTV), Google (for Google Play and Google advertising), YouTube, GoPro (Entertainment Division), and Apple (for iTunes).

Marisa has deep industry expertise in digital media and streaming technologies and often works on content licensing and content distribution deals for industries such as sports, entertainment, and news.  She has negotiated major deals on behalf of the companies mentioned above, as well as for preeminent technology and media companies, major sports leagues, and government entities, including the White House and U.S. Congress.

Marisa also negotiates deals related to content and technology integration with software/software as a service, mobile and online app development and distribution, live streaming, artificial intelligence (AI), the Internet of Things (IoT) and Virtual Reality/Augmented Reality (VR/AR).  She also advises on related issues such as user‑generated content and user data.