In August of 2020, Sheppard Mullin was proud to announce that Daniel L. Brown, a partner in the firm’s Business Trial practice group, was named the firm’s first dedicated Pro Bono Partner.  Previously, Dan has overseen the firm’s pro bono practice while maintaining an active litigation practice.  In this new role, Dan will focus exclusively on the firm’s pro bono program and matters in each of its offices.

Dan received the American Bar Association’s 2015 Pro Bono Publico Award, which honors those who have enhanced the human dignity of others by improving or delivering volunteer legal services to our nation's poor and disadvantaged.

About Our Pro Bono Program
This video tells our story better than we can; it features many of the people who we have had the privilege of assisting and underscores Sheppard Mullin’s commitment to pro bono work.

Sheppard Mullin is very proud of our pro bono work, coast-to-coast, to help the underserved and achieve justice and equality for all. Please watch this video from the American Bar Association recognizing Sheppard Mullin’s 2021 Pro Bono Publico award and hear from our attorneys about their great work and Sheppard Mullin’s culture of pro bono.

Sheppard Mullin and its attorneys have received numerous pro bono awards over the years, including most recently:

Taxis for All Campaign v. Taxi & Limousine Commission (TLC)
As a result of the historic settlement in our case challenging the New York City taxicab fleet for not being wheelchair accessible, New York City has agreed to have the New York taxi fleet, which is currently only 1.8% accessible, become 50% accessible over the next six years.  The case will transform the lives of tens of thousands of elderly and people with disabilities in New York City.

Brooklyn Center for Independence of the Disabled (BCID) et al. v. Mayor Bloomberg, et al.
Represented a class of 900,000 disabled residents of New York City.  After trial, a federal judge issued a 119 page ruling that New York City discriminated against people with disabilities in its failure to plan for their needs in large scale disasters such as Hurricane Sandy. 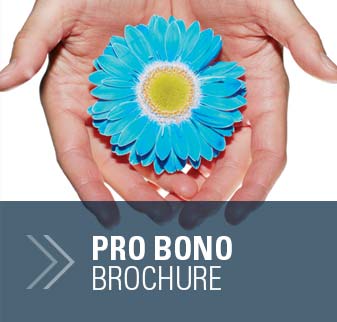