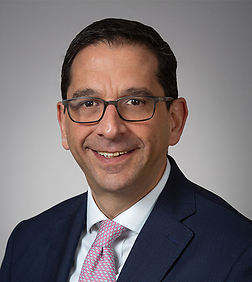 Dan Brown, a partner in the Business Trial Practice Group in the firm's New York office, is the firm’s Pro Bono Partner.

Dan's expertise in complex commercial litigation and arbitration covers a wide variety of areas and industries, and includes the defense of  individual and class actions. He has successfully brought and defended numerous claims alleging violations of the antitrust laws, New York and New Jersey consumer protection laws, the American’s with Disabilities Act, the Anti-Terrorism Act, the employment laws, and for breach of contract, fraud, and breaches of fiduciary duties in many industries, including, but not limited to, hospitality, aerospace, electronics, fashion, jewelry, distribution, self-storage, manufacturing, distribution, retail and banking.

Dan also has unique and valuable litigation and class action expertise as a result of his extensive pro bono work.  For example, in BCID v. Bloomberg, 11-cv-6690 (S.D.N.Y.), Dan represented and tried a case on behalf of a class of all persons with disabilities in New York City alleging that New York City failed to adequately plan for people with disabilities in emergencies, such as terrorist attacks and hurricanes.  Following the liability verdict, the remedy phase was settled with the City agreeing to the most comprehensive disaster plan ever established in the country aimed at improving the lives and safety of nearly 900,000 New Yorkers with disabilities. Judge Jesse Furman remarked, “I agree with plaintiffs' counsel that the settlement is ‘nothing short of remarkable’ . . .  all Americans, not just those with disabilities, will be the better for it . . . The experience of counsel also weighs in favor of approval.  The class is represented by  . . .  Sheppard Mullin Richter & Hampton LLP . . .  that experience showed throughout the litigation . . . That is, I can say firsthand that plaintiffs' counsel has zealously and effectively litigated this case,  including but not limited to doing a terrific job at trial.”

A significant part of Dan’s litigation practice involves the representation of large and independent/boutique hotel brand managers, franchisors and owners in various disputes arising from the hotel owner-manager relationship, including litigating high profile cases alleging breach of contract and breach of fiduciary duties, violations of the antitrust laws, and defending against terminations of hotel management agreements, including by "midnight raids."  Dan served as trial counsel in cases that set the standards for determining damages in the context of premature terminations of hotel management agreements.

Dan is the recipient of the American Bar Association's 2015 Pro Bono Publico Award, which honors individuals and institutions that have enhanced the human dignity of others by improving or delivering volunteer legal services to our nation's poor and disadvantaged.  The ABA’s video highlighting Dan’s accomplishments is available here: Daniel L. Brown Video

Mr. Brown was a member of the pro bono team at Sheppard Mullin receiving the 2011 Frankel Award from Human Rights First for their successful representation of Abdalmageed Haroun, a prominent human rights activist and former Sudanese prisoner. In the Sudan, Mr. Haroun's work focused on women's rights, the plight of internally displaced refugees, and the victims of the conflict in Darfur. As a result of his selfless and heroic efforts, Mr. Haroun was detained for months, persecuted, tortured, and threatened with death by the Sudanese government, forcing him to flee the country. The firm represented Mr. Haroun in connection with his application for asylum in the United States.