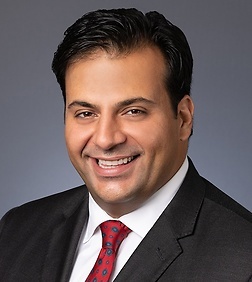 Alex Akhavan is an associate in the Entertainment, Technology and Advertising Practice Group in the firm's Century City office.

Over the course of Alex’s career, he has nurtured a passion for international business and the entertainment industry.  Today, he represents producers, studios, media companies and networks in connection with entertainment productions throughout the United States and around the world (including in Mexico, Canada, Brazil, Australia, Nigeria, South Korea, New Zealand, U.A.E., the U.K., Spain, Italy and France).

Alex leads Sheppard’s Disney Television Animation and Amazon Studios’ unscripted teams, and he also serves as the point of contact for the firm’s pro bono client, the Los Angeles Opera.

He regularly negotiates a variety of development and production agreements on behalf of Disney, Amazon, and Univision in connection with their live action, animated, scripted and unscripted film and television projects. He has also advised Gaumont International Television (El Presidente) on clearance and production matters and served as production counsel to Campanario Entertainment for Selena: The Series on Netflix.

Alex received his law degree from the UCLA School of Law where he was a board member of the UCLA Law Review and specialized in Entertainment, Media and Intellectual Property law.  He received his B.A. from Tufts University where he double majored in international relations and philosophy.  He is a member of Sheppard Mullin’s French and Latin America teams.

A history buff, Alex produces and hosts a podcast about constitutional law called “May It Please the Court,” which tells stories about the Supreme Court of the United States in a narrative episodic format.

When not working, Alex can be found cooking up a storm, playing fetch with his dog, and watching documentaries (usually at the same time).