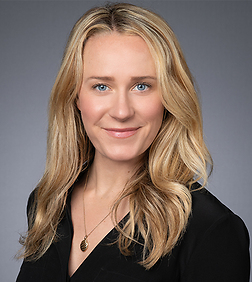 Anne B. Easton is an associate in the Entertainment, Technology and Advertising Practice Group in the firm's Century City office.

Prior to joining Sheppard Mullin, Anne worked in business and legal affairs at Entertainment One as in-house counsel in the film department.

Anne earned her law degree from New York Law School where she competed in the International Commercial Arbitration Moot in Vienna, Austria and specialized in Entertainment, Media and Intellectual Property law. A native Californian, she received her bachelor’s degree from USC with distinctions.