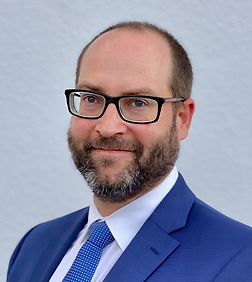 Aaron D. Johnston is an associate in the Entertainment, Technology and Advertising Practice Group in the firm’s Century City office.

Born and raised in Iowa on the banks of the mighty Mississippi River, Aaron studied sociology at Oxford and Yale. Before becoming a lawyer, Aaron worked as a professional filmmaker in the Netherlands and the United States, was nominated for Film Independent’s Someone to Watch Spirit Award, and had films at Sundance, Los Angeles Film Festival, and International Film Festival Rotterdam. Aaron’s continued love of film and years of experience have given him a deep understanding of and connection to the entertainment industry and filmmaker community in both Europe and the United States.

Aaron received his law degree from UCLA School of Law, where he specialized in Media, Entertainment & Technology Law and Policy, was a student practitioner in both the Documentary Film Legal Clinic and Music Industry Clinic, and worked as a Library Research Assistant on U.S. copyright law and fair use issues. Prior to joining Sheppard Mullin, Aaron worked as an associate at a national law firm, where he worked on copyright litigation, audiovisual clearance issues, and transactional entertainment matters in the film, music, and video game spaces.

Aaron loves languages (especially Dutch and French), spending time in the Netherlands and Quebec (where his wife Lisa is from), and playing with/corralling his three young children: Rhett, Cleo, and Dax. When not working or parenting, Aaron can be found grilling, watching the Dodgers, or staying up too late to watch yet another movie.