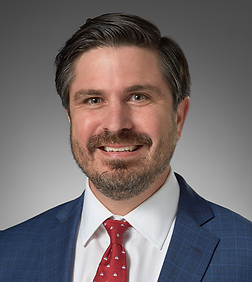 Alejandro (“Alex”) Moreno is a partner in the Business Trial Practice Group in the Firm's San Diego office.

Alex practices general business and commercial litigation in state and federal courts. He is also experienced in private dispute resolution and arbitration, including FINRA arbitration, and has succeeded on behalf of his clients after full arbitration and brokered favorable pre-arbitration settlements.  Alex also handles appeals in the California Court of Appeal and the Ninth Circuit.

Alex represents clients in the banking and finance, mortgage, cannabis, hospitality, technology and telecommunications, restaurant and franchise, energy and extraction, and healthcare industries.  He defends consumer class actions, securities litigation and shareholder derivative suits, cross-border litigation, and litigation for high-net-worth individuals and companies with a need for Spanish speaking counsel.  Alex has prevailed as named counsel in complex securities fraud class actions under Section 10(b) of the Exchange Act of 1934 and has defended derivative claims involving California, Nevada, and Delaware corporations.  He is also experienced in the law of receivership and has managed the legal affairs of businesses placed into receivership.

Start-up companies turn to Alex to formalize their corporate governance, set up effective employee equity compensation plans, and analyze potential conflicts of interest to help them ramp up to Series A funding.

As part of his pro bono work, Alex has successfully resolved guardianship and immigration matters.  He also regularly advises charities and public interest groups on regulatory and dispute resolution matters.