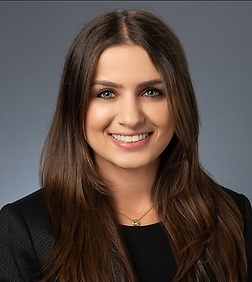 Anahit Muradian is an associate in the Entertainment, Technology and Advertising Practice Group in the firm’s Century City office.

Anahit’s practice focuses on transactional entertainment matters, including overall and first look agreements, rights acquisitions, and talent agreements for both television (unscripted and scripted) and motion picture productions.  She works with, advises and negotiates agreements on behalf of independent producers, talent, production companies, studios and distributors (including Amazon Studios and Disney Television Animation).  She is also an active member of the firm’s pro bono team, and has handled numerous adoptions through Public Counsel.

Prior to joining Sheppard Mullin’s Entertainment and Digital Media Practice Group, Anahit was an associate in the Labor and Employment Practice Group.  She advised and defended employers in all aspects of labor and employment law, including wage-and-hour matters and litigation involving allegations of harassment, discrimination, retaliation, and wrongful termination.

Anahit earned her law degree from USC Gould School of Law, and a Master’s and Bachelor’s degree in Economics from USC.  While in law school, Anahit served as Editor on the Executive Board of the Hale Moot Court Honors Program.

Before attending law school, she worked as an employment litigation consultant at Resolution Economics, LLC. While not working, Anahit can be found supporting her favorite soccer team, Manchester United.