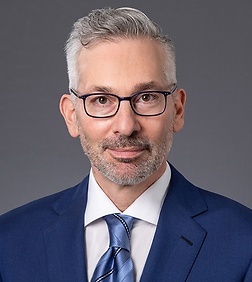 "Adam Streisand is widely regarded as one of the nation's top trial attorneys, particularly in high profile litigation involving private wealth disputes, fiduciary litigation, business succession and partnership disputes and litigation involving trusts, estates and conservatorships" (Los Angeles Business Journal, "Top Litigators", August 13, 2018). Mr. Streisand was named U.S. Trusts and Estates Litigator of the Year in 2019 by Chambers HNW. Mr. Streisand is best known for his victories in courtroom battles over celebrity estates and, as Bill Plaschke of the Los Angeles Times wrote: "Streisand was the lawyer who … rescued both local NBA teams." Mr. Streisand’s trial victory for former Microsoft CEO Steve Ballmer against Donald Sterling resulted in Ballmer’s $2 billion purchase of the Los Angeles Clippers. But, as the Los Angeles Daily Journal explained, what captured the legal world completely by surprise was his "particularly adept legal gambit involving a rarely invoked clause of California’s probate code" that made it all happen. As the Los Angeles Times noted, two years later, “Adam Streisand carried the future of the Lakers into Room 629 at the Stanley Mosk Courthouse in downtown Los Angeles. The veteran attorney is no stranger to high profile cases…. In a very real way, he [was] being asked to save the Lakers." As ESPN reported, “Jeanie Buss and her lawyer Adam Streisand won a decisive legal victory to prevent a coup attempt.”

The accolades for Mr. Streisand’s stature in the legal profession are legion. The legal newspaper, the Daily Journal, profiling Mr. Streisand on the cover of its "Extra" section, called him “The Sure Thing” and noted that his resume is "a lawyer’s C.V. on steroids."

The Daily Journal says: "From his victory in the landmark copyright case, Newton v. Diamond, in which he represented the Beastie Boys and Capitol Records … Streisand has transitioned into a nationally recognized trust and estate litigator. His practice is unique in that he is the rare lawyer in the field with an expertise in disputes involving entertainment and intellectual property issues. He’s been in courtroom battles over the estates of Michael Jackson, Ray Charles, Marlon Brando, Michael Crichton, Anna Nicole Smith, Rodney Dangerfield, Dennis Hopper, William Randolph Hearst and many more."

Lawdragon says "Adam Streisand is easily one of the best trust and estate litigators in the country."

The American Lawyer says he "is a veteran of battles over the estates of Marlon Brando and Ray Charles."

In addition to his law practice, Mr. Streisand teaches other lawyers the art and science of trial work as an instructor with the National Institute of Trial Advocacy and as a frequent lecturer and author. He is also active in authoring probate law, including legislation he drafted at the request of the Marilyn Monroe estate, to protect the right of a celebrity’s heirs to control his or her name, image and likeness after death.

Mr. Streisand is well-known for his victories in courtroom battles over celebrity estates, including the estates of Ray Charles, Marlon Brando, Rodney Dangerfield, Alan Thicke, Michael Crichton and Barry White, his representation of Mrs. Katherine Jackson in the estate of Michael Jackson, Larry Birkhead in the estate of Anna Nicole Smith, and Britney Spears in her conservatorship proceedings, among many others. Mr. Streisand is equally acclaimed for his trial victories in some of the most complex cases in the probate courts. He obtained an eight-figure result for the widow of famed race car driver and high-performance automotive designer, Carroll Shelby. Mr. Streisand won a judgment in the eight figures, including an award of double damages, against a trustee, in a case involving the ownership of 70 real properties and 25 bank and brokerage accounts, unwinding 40 years of fraudulent creditor and tax avoidance schemes. (Follow the link to the Court of Appeal opinion affirming in full the trial court judgment.) Mr. Streisand won three successive trials against a former trustee, obtaining judgments for a total of more than $10 million, double damages, and attorneys’ fees and costs. Mr. Streisand won a an action to remove a trustee together with $3 million in damages. Mr. Streisand has won numerous will and trust contests and actions to remove and impose damages on trustees and other fiduciaries. He has won numerous cases involving family law matters, such as community property issues and palimony claims, and obtained an award of twice the highest legal guidelines for child support in California in a trial to compel a parent to pay adult child support of behalf of his severely mentally disabled son. Winning in trial is the best leverage for obtaining favorable settlements. For example, Mr. Streisand obtained a $113 million settlement in an action by family members owning a minority interest in a public food service company against the CEO who was controlling the company as trustee of family trusts owning a majority block of the stock.

Multiple Victories in the Defense of Multimillion-dollar Estates

On the defense side, Mr. Streisand has achieved equally outstanding results. Mr. Streisand won summary judgement in the estate of Douglas Tompkins, founder of The North Face and Esprit apparel companies, defeating a contest with international implications and preserving hundreds of millions of dollars dedicated to creating and expanding national parks and wildlife preserves in Patagonia and elsewhere in South America. After plaintiff rejected a $120 million settlement offer, a guardian ad litem for trust beneficiaries, who was a retired Judge of the Orange County Superior Court, tapped Mr. Streisand to try the case for defendants. He succeeded in limiting plaintiff’s community property claim in her husband’s $350 million company to only $3.2 million. He achieved victory after a six-week trial in defense of a $25 million surcharge case, arising out of allegations of self-dealing by the trustee in redemptions of the trust's stock and options in a private REIT, among other claims. Mr. Streisand successfully defended a major law firm in a high-profile case alleging legal malpractice and fraud. He successfully defended corporate trustees in a $57 million surcharge and removal case, alleging self-dealing and conflicts of interest. Mr. Streisand won summary judgment for the trustees of the Mark Hughes Trust in an action to surcharge and remove them based on allegations that as trustees and as officers and directors of Herbalife, the company founded by Mark Hughes, they enacted poison pills, golden parachutes and other anti-takeover devices to entrench and enrich themselves at the expense of the beneficiary. Mr. Streisand won at trial to defeat a former trustee and beneficiary who claimed millions in trustee fees and damages based on breaches of fiduciary duty, and millions in alleged trust distributions. Mr. Streisand won four motions in a row for the primary beneficiary and fiduciaries of a nine-figure estate of a prominent British Lord until the case was dismissed in its entirety. Plaintiffs claimed that the estate’s representatives transferred assets through a worldwide web of trusts to deprive plaintiffs of their inheritance. Mr. Streisand successfully defended the National Parkinson Foundation in a trial of a will contest by disgruntled beneficiaries claiming that the decedent improperly revoked his participation in mutual wills. The case was affirmed on appeal by the Second District Court of Appeal at 2003 WL198712. Mr. Streisand won a trial of a will contest alleging fraud, undue influence and lack of testamentary capacity concerning the $60 million estate of a prominent Canadian businessman. Mr. Streisand successfully defended the estate of an octogenarian against a claim by an exotic dancer in her twenties that the decedent promised to leave half of his estate to her.

Successful Representations of Celebrities in the Courts

Some of Mr. Streisand’s other victories in celebrity and entertainment cases include his victory in obtaining the dismissal of palimony claims by Coco Johnson against comedian and talk-show host Bill Maher. Mr. Streisand won summary judgment in the U.S. District Court for the Beastie Boys and Capitol Records in a landmark copyright case involving digital sampling and affirmance on appeal in the 9th Circuit. Newton v. Diamond, et al., 349 F.3d 591 (9th Cir. 2003), 204 F.Supp.2d 1244 (C.D. Cal. 2002) (follow the link to see the 9th Circuit opinion). Mr. Streisand secured a multimillion-dollar judgment in an arbitration by proving that Franchise Pictures breached a distribution agreement for the motion picture Plan B starring Diane Keaton. Mr. Streisand obtained a permanent injunction for the famed ocean explorer, Jacques Yves Cousteau, in an action against his son, Jean-Michel Cousteau, to protect against the commercialization of the Cousteau name by its use in connection with a Fiji resort.

U.S. Trusts & Estates Litigator of the Year for 2019 by Chambers and Partners HNW

Named one of "The Top 100 Attorneys" in Trusts and Estates, Worth magazine (2008 edition)

Recipient, Wiley W. Manuel Award for Pro Bono Legal Services, Board of Governors of the State Bar of California

Member, Planning Committee of the USC Probate and Trust Conference