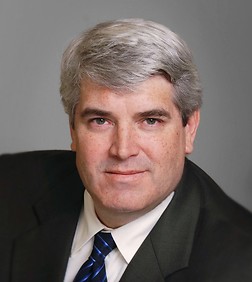 Bryan Daly is a partner in the Governmental and White Collar Defense Practice Groups and works out of the firm's Los Angeles office. Bryan is a former Assistant U.S. Attorney for the Central District of California, Criminal Division, Public Corruption and Government Fraud Section.

As a federal prosecutor, Bryan was responsible for the investigation and prosecution of fraud and whistleblower cases, including healthcare fraud, aerospace and defense contractor fraud and environmental violations.

In private practice, Bryan has tried numerous criminal and complex civil cases in federal and state courts, including those for businesses and executives under investigation or charged with white collar criminal offenses such as the defense of companies and executives accused of FCPA violations. He has also conducted more than 100 internal investigations and compliance inquiries for a number of major corporations. In this capacity, Bryan has worked closely with management to create effective training and compliance programs for employees and has also investigated fraud and other allegations of misconduct on behalf of these companies, and has coordinated voluntary disclosures and case referrals to the U.S. Department of Justice and other impacted agencies where appropriate. Many of these matters have been in response to whistleblowers' allegations and False Claims Act complaints.

Specifically, Bryan has investigated and defended dozens of whistleblower suits brought against Northrop Grumman Corporation, Hughes Aircraft Company, Raytheon Corporation, Duke Electric Corporation and the Los Angeles Department of Water and Power. In an effort to help avoid or minimize the adverse impact of whistleblowers' suits, he has worked closely with management to: (1) develop and implement effective self-governance programs; and (2) create training and compliance programs for employees to self-report allegations of misconduct. Where appropriate, he has also coordinated voluntary disclosures and case referrals to the U.S. Department of Justice and other impacted agencies.