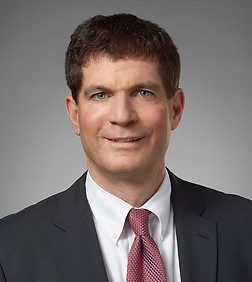 Charles serves as lead counsel in numerous class actions filed against his insurance company clients. He has successfully defended class actions involving such issues as the payment of overhead and profit, lessor liability coverage, the payment of sales tax, the manner in which actual cash value is determined, whether coverage exists for innocent co-insureds, issues involving med-pay coverage, and allegations of premium overcharging. He recently defeated a class action alleging that insurance companies engage in the unauthorized practice of law by using lay adjusters to contest and pursue inter-insurance arbitration claims. Charles also received two favorable published decisions rejecting the argument that auto liability policies cover third-party claims for inherent diminished value damages. The issue was one of first impression in the country.

Together with the members of his practice group, Charles was one of the first attorneys in California to successfully advocate the "genuine dispute" defense. Today, this defense is considered to be the most important and viable defense available for an insurance company that has been sued for bad faith.

He also represents the Unum Group in actions and disputes involving individual disability policies across the country.

Charles and his partner Ronald Getchey have been appointed as coordinating counsel by Allstate Insurance Company to direct its defense of lead paint litigation pending against the company’s insureds. He recently co-authored the brief that persuaded Maryland’s highest court to adopt the Joiner analytical gap standard when evaluating expert testimony under Rule 702. Rochkind v. Stevenson, 454 Md. 277, 164 A.3d 254 (2017) (Rochkind I). In August 2020, Charles authored the briefs that convinced Maryland’s highest Court to adopt the Daubert test, and reject the Frye test, for admitting and reviewing expert testimony. Rochkind v. Stevenson, 471 Md. 1 (2020) (Rochkind II). Rochkind II is considered to be a landmark decision in Maryland.

Co-Counsel for Du v. Deerbrook Insurance Co., Selected by the Los Angeles Daily Journal as one of the Top Verdicts of 2010