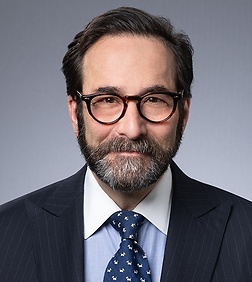 David Schwarz is a partner in the Business Trial Practice Group in the firm's Century City office.

David's most recent appellate experience includes his successful defense against a union challenge to one of the largest decertification elections in California agricultural labor history. Recognized as a 2017 “MVP” in Law360’s nationwide survey for his representation of agricultural growers, David prevailed in a constitutional challenge to AB 1513, a 2015 California wage and hour statute which, (among other things), excluded certain agricultural employers from the benefits of that legislation.

Acknowledged by The Legal 500 as a leading trade secret litigator, David's prior representations in anti-competition, idea submission and misappropriation disputes include Space Exploration Technologies Corporation (SpaceX), Eclipse Aviation, Marquez Brothers International, Williams-Sonoma, Elon Musk and the founders of Google. He also represents clients in a wide range of intellectual property disputes, including his successful defense of KFC Corporation's right to maintain control over brand advertising jointly funded by KFC franchisees and the company.

After clerking for Alex Kozinski, former chief judge of the U.S. Court of Appeals for the Ninth Circuit (1988-1989), David served as special assistant to Ambassador Morris B. Abram, the U.S. Permanent Representative to the European Office of the United Nations (1989-1991). In that capacity, he advised U.S. delegations at various international conferences, including the UN Human Rights Commission, the World Intellectual Property Conference and the International Labor Conference. In 2001, President George W. Bush appointed David as a public member delegate to the UN Human Rights Commission.

David served two terms (2007-2016) as a gubernatorial appointee to the Milton Marks "Little Hoover" Commission on California State Government Organization and Economy, an independent, bi-partisan government oversight board. He also has an active pro bono practice and was named "Advocate of the Year" by Public Counsel for his work in the area of elder law advocacy.

Past member, advisory board of the Duke University Global Capital Markets Center

Past member, board of trustees, Washington Institute for Near East Policy

Member, board of directors of the Los Angeles Metropolitan Debate League, which brings competitive debate to inner-city schools

Board member, LDOS Media Lab, a nonprofit dedicated to the development of science curriculum in public schools