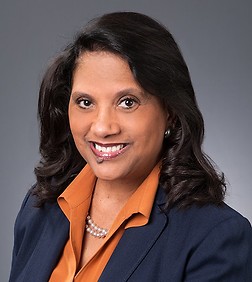 Dianne Baquet Smith is of counsel in the Labor and Employment Practice Group in the firm's Los Angeles office. Prior to joining the firm in 1991, Dianne was senior labor and employment counsel with Sears, Roebuck and Co.'s Regional Law Department, where she litigated cases and provided legal services and advice to facilities in 14 western states.

As a trial attorney with the National Labor Relations Board from 1980 through 1982, Dianne investigated and tried unfair labor practice cases and handled representation matters and injunction proceedings.

Defense of subsidiary of national retailer in action alleging discrimination on the basis of military status and service.  Action removed to federal court and dismissed on 12(b)(6) motion.

Drafted revisions to leave of absence policy to assure compliance with recently enacted state and federal statutes, and provided advice re COBRA and WARN Act issues.

Defense of major aerospace company in Central District of California federal court action filed by former engineer, alleging age and race discrimination, breach of contract, breach of covenant, violation of ERISA, and loss of consortium, arising out of a reduction in force. Following dismissal of several claims on summary judgment, action resolved in mediation.

Handled numerous judicial and contractual arbitrations, and dozens of mediations.

Recognized by the California Diversity Council as the "Most Powerful and Influential Woman of California," 2014