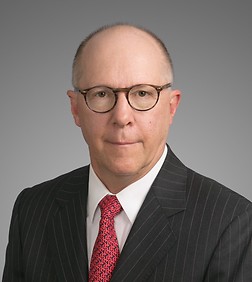 Gary Halling was the Practice Group Leader of Sheppard Mullin’s Antitrust and Competition Group from 2001-2016. Gary was with the U.S. Department of Justice, Antitrust Division, where he was a trial attorney in the General Litigation Section from 1976-1981.

Gary specializes in complex business litigation with emphasis on antitrust and unfair competition matters. He has extensive experience in civil and criminal antitrust matters involving both federal and state enforcement agencies. Chambers USA noted that he is held in high regard for his "amazing" antitrust litigation practice and "instant credibility into the courtroom" and is a "straightforward, no-nonsense, upstanding lawyer."

As co-counsel tried federal court antitrust case against Exxon in 1992 on behalf of the City of Long Beach as trustee for the State of California. Case was part of related litigation involving major oil companies which resulted in settlements to the State of over $300 million. Successfully argued Ninth Circuit appeals in these cases, People of the State of California v. Chevron, et al., 872 F.2d 1410 (9th Cir. 1989), cert. denied, 493 U.S. 1076 (1990).

Represented DHL as lead counsel in federal court action to enforce terms of DHL Shareholder Agreement permitting the Company to purchase outstanding shares from the Saipan estate of a deceased shareholder, which resulted in successful acquisition of a controlling interest. DHL v. Estate of Larry Hillblom (N.D. Cal., 1998).

Gary has been a regular speaker before the Antitrust Section of the American Bar Association, and presents to major national corporations on antitrust topics.