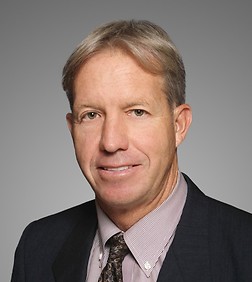 Greg Hurley is a partner in the Business Trial Practice Group in the firm's Orange County office.

Greg is a member of the Attorney Settlement Officer Panel for the U. S. District Court for the Central District of California, having first been continuously appointed to the Panel every year since 2003. He holds a masters certificate from the National Institute of Trial Advocacy, and has tried many national class actions alleging discrimination and violations of the Fair Housing Act and the Americans With Disabilities Act. He has advised the California Supreme Court (through the Administrative Office of the Courts), Covenant Care, Home Depot, Intrawest, Ralph’s / Kroger’s Grocery Stores, Starbucks, Tarsadia Hotels, the Denver Broncos, the San Diego Padres, the U.S. District Court for Eastern District of California, and, the Superior Courts for the Counties of Riverside, Los Angeles, and Alameda on these claims. He has represented the Los Angeles Superior Court System, Taco Bell, KFC, and Pizza Hut, Little Caesar’s Pizza, Home Depot, The Irvine Company’s Retail, Office and Resort Properties, 23 Irvine Apartment Communities, Welk Resorts, Live Nation/TicketMaster, Winco, Michaels/Aaron Brothers Craft Stores, Kroger & Ralphs Grocery Company, Regal Entertainment Group, Landmark Theaters, the National Association of Theater Owners, The National League of Cities, The California Hotel & Lodging Association, with respect to access discrimination claims.

Greg is a nationally recognized attorney on disability law, and the author of the Wiley Law Publications text, Defending Disabled Access Claims, a comprehensive survey of state and federal laws relating to the rights of individuals with disabilities. Greg sat on the committee advising the California State Legislature on revisions to California’s discrimination laws and drafting of the new SB 1186 statute.

In his 27 year career, Greg has spoken at more than 100 conferences and written more than 30 articles on access laws.

Greg has authored Fair & Accurate Credit Transaction Act articles for several trade organizations, including the National Association of Theatre Owners, National Council of Chain Restaurants and the National Retail Federation. He has written more than 90 articles on the ADA, FHA, The Air Carrier Access Act, Access to Electronic Media, and California's UNRUH Civil Rights, including: