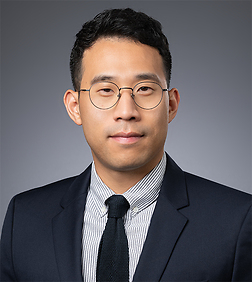 Hanjoong (Han) Kim is an associate in the Entertainment, Technology and Advertising Practice Group in the firm's Century City office. He is also a lead associate of the Esports & Games Industry Team.

Having worked in various capacities in the music industry (at a major record label, one of the big four K-pop companies, and a premiere booking agency to name a few), Han brings a unique perspective to his legal practice and regularly advises top tier music talents and record labels, in addition to brands and companies that collaborate with musicians and procure music licenses.

The start of Han’s legal career coincided with the explosion of premium streaming platforms (e.g., Netflix, Amazon Prime, Hulu, etc.), and the wide adoption of podcasting. Han naturally cultivated an expertise in the development, finance, production, distribution, and exploitation of content in the television, film, and podcast industries. Furthermore, as a native Korean speaker and with relationships in Korean, Chinese, and Japanese media industries, Han is a “go-to” entertainment lawyer to advise on deals that cross the Pacific Ocean.

Fascinated by technology and its intersection with entertainment, Han has been an early adopter of Virtual Reality and Augmented Reality technologies and worked in the forefront with clients innovating in this space. Additionally, Han has been immersed in blockchain technology and Non-Fungible Tokens (NFTs) for several years, advising clients on related matters as a part of the firm’s Blockchain & Fintech Team. As a lead associate of Esports & Games Industry Team, Han represents clients in the emerging esports and gaming industries that expand into multimedia entertainment to drive an engaged audience.

Han earned his J.D. from Georgetown Law Center where he focused his studies on entertainment law and was part of the Georgetown Entertainment and Media Alliance. He received his M.A. in music business from New York University and B.A. in economics from Brown University. He is licensed to practice law in California and New York.

In his spare time, Han may be found at a beach in Santa Monica playing with his toddler daughter, or incessantly following the English Premiere League supporting his team, Liverpool F.C.