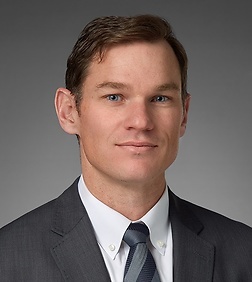 Jack Burns is an associate in the Business Trial Practice Group in the firm’s San Diego office.

Before joining Sheppard Mullin, Jack served as a law clerk for Judge Procter R. Hug, Jr. of the Ninth Circuit Court of Appeals and for Chief Judge Larry A. Burns of the United States District Court for the Southern District of California. Jack was also of counsel at another major law firm.

Jack has also served as an adjunct professor at Thomas Jefferson School of Law, where he taught torts, and as a visiting lecturer on clerkships and judicial writing at the University of Nevada, Las Vegas.

Prevailed in multi-million dollar challenge to agency rule that delayed the effective date of a Medicare payment adjustment intended to compensate the nation’s leading cancer centers for the increased costs they incur in treating patients.

Obtained favorable “ability to pay” settlement of False Claims Act case against provider of psychotherapy services after extensive negotiations with the Department of Justice.

In a felony case carrying a mandatory minimum 10 year sentence, obtained plea bargain that freed the client from custody with a sentence of time served after getting government’s evidence against client excluded from use at trial.