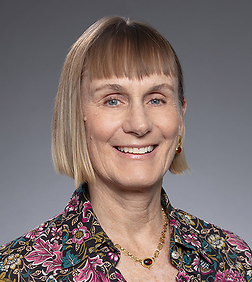 Jennifer Redmond is a partner in the Labor and Employment Practice Group in the firm's San Francisco office and is an active member of firm's Noncompete and Trade Secrets Team.

Secured a temporary restraining order and preliminary injunction in California state court on behalf of an executive search firm against a competitor and two former employees in a misappropriation of trade secrets and unfair competition case.

Prevailed on trade secret misappropriation claims in federal court in the Central District of California against former executives of a regional financial institution who put together a competing business plan using the companies’ trade secrets.  Obtained a temporary restraining order and a preliminary injunction barring the defendants from soliciting clients and employees, including through the use of trade secrets maintained in memory.  Case thereafter settled favorably, including a three-year stipulated injunction.

Defended a bedding frame manufacturer and distributor in Missouri federal court against trade secret claims (among others) resulting from the exchange of information under an NDA during merger negotiations and later hiring of Plaintiff’s executive after the deal busted.  Removed to federal court and prevailed in obtaining (1) dissolution of an ex parte temporary restraining order, and (2) an order holding that Plaintiff’s noncompetition agreement is unenforceable as a matter of law.

Defended an executive against a temporary restraining order and effort to enforce a two-year noncompete provision in federal court in Oregon.  Obtained an order requiring the former employer to pay the executive during the restricted period, which resulted in a favorable settlement.

Testified as an expert witness on California restrictive covenants in a high-profile divorce proceeding in Marin County Superior Court where a multi-million dollar payment for a post-termination noncompete was challenged by a former spouse as unenforceable under California law and therefore attributable instead to services rendered during employment (and, as such, was community property).

On behalf of medical device company, defeated former CEO’s claims for compensation and benefits, and prevailed on counter-claims against CEO for breach of fiduciary duty, conversion, and related claims.

Represented major e-commerce company in defense of lawsuit alleging disability discrimination and failure to accommodate brought by former employee who suffered from stage 4 colon cancer and a stroke.  Brought successful petition to compel arbitration and obtained defense ruling in arbitration finding that employer properly engaged in the interactive process, provided reasonable accommodation, and terminated the employee only after accommodations were unsuccessful.

Defended a leading drug distribution and healthcare technology company in 11-day jury trial against claims brought by a former technology consultant for indemnification under California Labor Code section 2802, breach of contract, wrongful termination, fraud and infliction of emotional distress. The claims were brought on the theory that the Plaintiff was a dual employee of Plaintiff's consulting firm employer and the client company. Complete defense verdict (12-0) obtained.

Defended world's largest global network of integrated services in 15-day arbitration brought by former vice president who sued for gender discrimination, retaliation, defamation, breach of contract, and other claims.  Plaintiff claimed damages in excess of $4 million and was awarded a small fraction of the demand.

2016-2018 Member, Board of Directors, Bar Association of San Francisco

2014-2016 Chair, Executive Committee of the Labor and Employment Section of the Bar Association of San Francisco

2008 Chair, Executive Committee of the Litigation Section of the Bar Association of San Francisco

Provides pro bono advice to nonprofit organizations in the Bay Area, including Yerba Buena Center for the Arts and Sempervirens