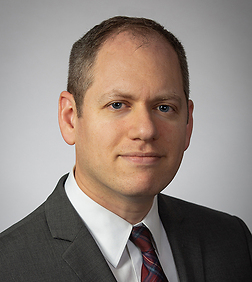 Clients, opposing counsel, and judges appreciate Josh for his ability to present complex facts and legal concepts in understandable ways. Josh’s skill in this regard enables him to obtain results for his clients at all phases of litigation, from pre-complaint to appeal.

Josh regularly litigates contested proceedings in bankruptcy court.  In 2018, he secured a total defense judgment following a bench trial in a $67 million breach of contract adversary proceeding in the U.S. Bankruptcy Court for the Eastern District of Virginia.  Over the course of the litigation, which spanned three years, Josh successfully argued multiple motions involving novel issues related to federal and bankruptcy court jurisdiction, examined witnesses in deposition and at trial, and prepared winning court submissions, including the victorious post-trial proposed findings of fact and conclusions of law.

An experienced trial lawyer, Josh recently helped a major national bank favorably resolve a preliminary injunction hearing and obtain partial summary judgment in a breach of contract and tortious interference action in New York’s Commercial Division. He also served as co-trial counsel for a major aircraft manufacturer in a trade secrets action against a former employee in Florida state court, and as co-trial counsel for purchasers of assets from a chapter 11 coal company debtor, who were sued by their proposed financier for breach of a financing commitment letter.

Josh is a member of the New York City Bar’s Commercial Law & Uniform State Laws Committee, which makes recommendations to the New York Legislature regarding the adoption of the Uniform Law Commission’s proposed Uniform Laws.  Josh is also active in his synagogue, where he serves as officer, trustee, and chairman of the bylaws committee.

Prior to joining Sheppard Mullin, Josh interned at the Appeals Bureau of the Queens County District Attorney’s office and was a litigator at major national law firms, including one of the country’s preeminent bankruptcy firms.