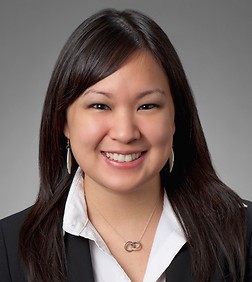 Judy Suwatanapongched is an associate in the Business Trial Practice Group in the firm's Los Angeles office.

Judy is known and valued as a collaborative, approachable, attentive and detail-oriented litigator. Her clients rely on her clear communication, organization, and management skills to execute their litigation strategies. Judy handles all stages of litigation, from case filing to dispositive motions to mediation, arbitration, trial, and judgment enforcement.

Judy leads teams of associates and legal staff in handling complex discovery, e-discovery, and trial preparation. She is a member of the firm’s E-Discovery Team and Technology Advisory Council.

Judy is an active member of the Asian American Native Hawaiian Pacific Islander (“AANHPI”) community and enjoys utilizing her skills to help the AANHPI community at large. In November 2012, Judy helped found and launch the Thai American Bar Association (“TABA”) and served as its Founding President. TABA is the first organization to support Thai and Thai-American legal professionals in the United States. She currently serves on TABA’s Board. Judy also assisted in the formation of the Thai American Samakkee Coalition (“Samakkee”), a national organization that promotes the unity and interests of Thais and Thai Americans in the United States.  She is currently the National Director of Samakkee.

Judy currently serves on the Advisory Board of the Asian Pacific American Bar Association of Los Angeles (“APABA”), where she has served on the Board of Governors since 2007 and was its President in 2015. As former APABA Scholarship Fund Chair for more than 10 years, she coordinated the Law School Fellowship Committee, which awards an annual $5,000 scholarship to a law student who spends a summer working at a Los Angeles County nonprofit organization in a unit that serves the AANHPI community.

In addition to her external leadership roles, Judy is an active member of Sheppard Mullin’s diversity group, the Diversity and Inclusion Attorney Network (“DIAN”).  She serves as DIAN’s Office Co-Leader for Los Angeles, a Co-Leader of the Los Angeles Office Working Group, and is a representative on Sheppard Mullin’s Associates Forum.

Represented financial institution in dispute regarding negotiated instrument. Prevailed on motion to dismiss, and judgment in favor of client affirmed on appeal.