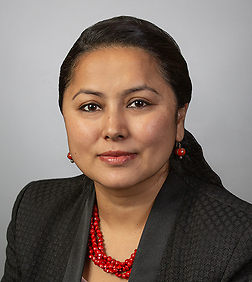 Kunchok Dolma is an associate in the Business Trial Practice Group in the firm's New York office.

Kunchok’s practice encompasses general commercial litigation and government investigations. She has worked on cases involving complex business litigation and construction disputes and with clients being investigated by regulatory bodies such as FINRA and the SEC. As part of her training at Sheppard Mullin, she previously worked in the in-house division of a multinational beauty company.