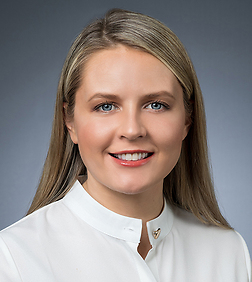 Lauren Hansson is an associate in the Entertainment, Technology and Advertising Practice Group in the firm's Century City office.

As an undergraduate student, Lauren competed on the track & field team and earned Division I First Team All-American honors in the 4x400 meter relay.

In her free time, she enjoys yoga, reading both fiction and non-fiction, listening to podcasts, walks with her dogs, and cooking.