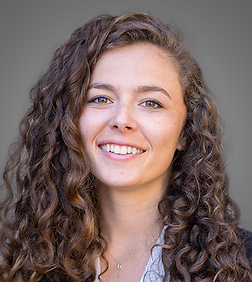 Leah Katz is an associate in the Entertainment, Technology and Advertising Practice Group in the firm's Century City office.

Leah’s practice focuses on transactional entertainment matters related to television, digital media and feature films. She represents producers, studios, media companies and networks on a variety of matters, primarily including development and production of audiovisual projects.

She frequently negotiates agreements on behalf of Amazon Studios, Spotify, and Disney. Leah served as production counsel to wiip for The Summer I Turned Pretty and to Keshet International for Echo 3. She was also a member of the team that advised Amazon Studios on entertainment matters relating to Amazon’s acquisition of MGM Studios.

Leah received her law degree from USC Gould School of Law where she was a board member of the Interdisciplinary Law Journal and specialized in Entertainment and Media Law. During law school, Leah interned for Amazon Studios, Lionsgate, the Sundance Institute and Sheppard Mullin Richter & Hampton LLP.

When Leah is not practicing law, she can be found reading novels, taking kickboxing classes, or reading her friends’ tarot cards.