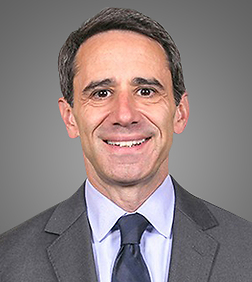 Michael Gilbert is a partner in the Government Contracts, Investigations and International Trade practice group in the firm's New York office.

Michael, a former federal prosecutor, served as an Assistant U.S. Attorney (AUSA) in the Southern District of New York prior to entering private practice.  While serving as an AUSA, he investigated and prosecuted matters involving a wide variety of federal criminal laws, including mail and wire fraud, bribery, healthcare fraud and violations of the Foreign Corrupt Practices Act (FCPA). He represented the government in numerous jury trials and argued appeals before the U.S. Court of Appeals for the Second Circuit.

In private practice, Michael has focused on government and internal investigations and white collar criminal defense. He advises individuals and companies in a range of industries – including financial services, healthcare, life sciences, fintech and cryptocurrency – in navigating sensitive, complex government investigations conducted by a range of enforcement authorities, including the U.S. Attorney’s Offices for the Southern and Eastern Districts of New York, the Enforcement Division of the Securities and Exchange Commission, the New York Attorney General’s Office, the New York City Department of Investigation, and the Manhattan District Attorney’s Office. He has also represented individuals and entities in connection with matters under investigation by regulators and enforcement authorities in other countries, including Canada, Hong Kong, Luxembourg, and the United Kingdom. Michael has extensive experience with FCPA matters and is regularly consulted about FCPA issues in the context of transactions such as potential mergers and acquisitions.  Michael also litigates civil cases, including cases arising under the False Claims Act.  He has extensive experience with criminal tax investigations.