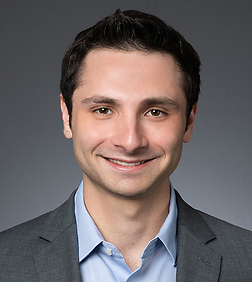 Michael Guggenheim is an associate in the Entertainment, Technology & Advertising Practice Group in the firm's Century City office. Michael represents producers, studios, media companies and individuals on a variety of transactional matters related to scripted and unscripted television, digital media and feature films.

Michael’s client-oriented and solution-based practice focuses on the development and production of audiovisual projects, including the drafting and negotiating of first look and overall agreements, production agreements, talent agreements and rights acquisitions. Michael frequently advises Amazon Studios, The Walt Disney Company and Univision during his practice.

Outside of the office, Michael can typically be found either snowboarding, scuba-diving, catching a concert or rooting for his beloved Dallas Cowboys.