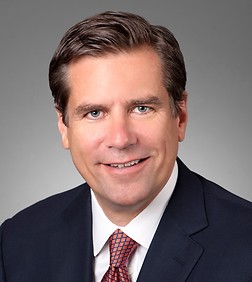 Michael Heimbold is a partner in the Intellectual Property and Business Trial Practice Groups in the firm's Century City office.

Michael has served as lead counsel in trials, arbitrations, administrative agency hearings and appellate proceedings throughout the United States. Representative litigation matters include: represented one of the world’s largest semiconductor manufacturers in arbitration of over $100 million in claims alleging breach of warranty in one of the world’s most complex graphics processors; trial counsel for major apparel manufacturer and its founder in a 6-week jury trial in which plaintiffs sought over $75 million in damages for fraud and breach of contract and the forced liquidation of the company – Michael’s client was awarded ownership of the company which subsequently sold for over $700 million; defended major handbag manufacturer against trademark and trade-dress infringement claims in trial seeking over $90 million in damages – plaintiff recovered less than two percent of demand; represented six of the world’s leading luxury watch manufacturers against trademark and trade dress claims – obtained judgment invalidating plaintiff’s incontestable trademark; trial counsel for global insurance company in CERCLA cost recovery action against the US Department of Defense – won judgment worth over $60 million; lead counsel for global telecommunications company in multi-million dollar fraudulent transfer action against significant reseller – obtained decision imposing liability on transferee; lead counsel defending international telecommunications company in $18 million dollar breach of contract claim – plaintiff recovered less than 1% of demand; obtained the dismissal of civil extortion and interference claims as lead counsel for a major apparel manufacturer and its CEO; defeated numerous copyright claims brought under the DMCA against a luxury clothing brand; defended a major foreign broadcast network against hundreds of copyright claims.

In addition to his litigation practice, Michael represents clients in connection with a wide range of corporate, intellectual property licensing and financing transactions. He has negotiated numerous trademark and technology licenses, and has advised clients in the fashion, food and beverage and entertainment industries on well over $1 billion worth of corporate, M&A and intellectual property transactions.

Prior to attending law school, Michael was a structural dynamics engineer with the McDonnell Douglas Corporation where he specialized in shock isolation and dynamic analyses of commercial and military aircraft projects.

Michael has been listed in Southern California Super Lawyers by Law and Politics and Los Angeles magazines from 2008 to 2016. He was recognized in the Rising Stars category by the same publications from 2004 through 2006.

Michael is a member of the Loyola Law School Board of Directors and the Advisory Board of the Ninth Circuit US Court of Appeals.

Member, Advisory Board of the Ninth Circuit US Court of Appeals