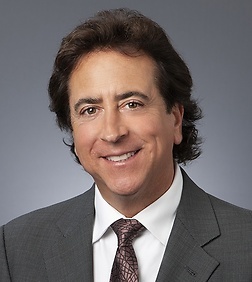 Marty Katz is a partner based in the firm's Century City office. He also has oversight responsibility for the firm’s entertainment litigation.

Marty has had substantial trial, arbitration and appellate experience over the course of the past thirty years. During the past three decades, Marty has served as lead trial counsel in numerous jury trials, judicial references, bench trials and complex arbitrations. He has litigated cases pending in California, Colorado, Florida, Illinois, Minnesota, New Jersey, New York, as well as in the United Kingdom, Holland, Austria and Cyprus.

Marty has also briefed and argued more than ten appeals before state and federal courts and he has been instrumental in securing a number of landmark published decisions.

Marty served as lead counsel for Fincantieri, an Italian shipbuilding company, in the matter giving rise to Fincantieri-Cantieri Navdli Italaliani S.p.A., v. Yuzwa, 241 So. 3d 938 (Fla. App. 2018). After a dancer was severely injured on the entertainment stage of a cruise liner built by Fincantieri, the company was sued in California and Florida. After substantial jurisdictional discovery and motion practice, the California case was dismissed. After a trial court upheld jurisdiction in Florida, Marty briefed and argued an interlocutory appeal in which the Florida Court of Appeal reversed the trial court’s decision.

Marty served as lead counsel for dick clark productions and Red Zone Capital in the highly publicized three week bench trial against the Hollywood Foreign Press Association over rights to produce and distribute the Golden Globe Awards show. The trial focused on the interpretation of twelve words contained in a 1993 amendment to a production and distribution agreement. Nineteen witnesses testified at trial and over 450 exhibits were admitted. In an 89 page opinion, the federal district court sided with dick clark productions and concluded that it is entitled to continue producing and distributing the popular awards program so long as the show is licensed for broadcast on NBC.

Marty served as lead counsel for various MGM companies, and briefed and argued an interlocutory appeal, in the matter giving rise to Madison Miracle Productions, LLC v. MGM Distribution Company, 978 N.E. 2d 654 (Ill App. 2012). In that case, the trial court held a three-day evidentiary hearing on MGM Distribution Company’s motion to dismiss for lack of personal jurisdiction. After the trial court denied the motion, MGM filed a petition for leave to appeal, which was granted by the Illinois Appellate Court. Thereafter, the Appellate Court reversed the trial court’s decision in a 42 page published opinion focusing on the “minimum contacts” prong of the federal due process standard for personal jurisdiction.

Marty was lead counsel for Columbia Pictures, and briefed and argued the appeal, in C3 Entertainment, Inc. v. Columbia Pictures Television, Inc. This was a judicial reference filed in 2006 by certain rights holders to The Three Stooges, claiming that Columbia Pictures failed to use “reasonable good faith efforts” to distribute a half hour television series that incorporated material from the well-known “shorts.” Following an 18 day trial spanning four months, Marty obtained a complete defense judgment, which was affirmed on appeal in 2010.

Marty served as lead counsel, and briefed and argued two interlocutory appeals, in the matter giving rise to the landmark decision in the entertainment field, Wolf v. Superior Court, 106 Cal. App. 4th 625 (2003). In that case, the Court of Appeal held that the duty of a studio to account to a profit or revenue participant does not give rise to a fiduciary duty. This case ended the primary exposure for punitive damages that institutional players in the entertainment industry faced for nearly four decades. Marty tried the remainder of the case before a jury for sixteen weeks in 2005. Following trial, Marty won another landmark appellate decision in this case. In Wolf v. Walt Disney Pictures and Television, 162 Cal. App. 4th 1107 (2008), the Court of Appeal confirmed the judgment in favor of Disney on Wolf's claims, reversed the trial court on a contract interpretation issue that enables Disney to correct accounting errors made in favor of Wolf, and clarified the application of the implied covenant of good faith and fair dealing to contracts containing discretionary rights provisions.

Marty represented various Disney companies, and briefed and argued the appeal, in Corwin v. The Walt Disney Company, 475 F.3d 1239 (11 Cir. 2007). This was a copyright case, in which the plaintiff claimed that the Epcot theme park, as built, infringed a painting allegedly shown to Disney in the 1960s. The Eleventh Circuit upheld the district court's decision granting summary judgment in favor of Walt Disney World Co., based on the application of the extrinsic test for assessing claimed similarities, and the doctrine of independent creation. Based on the application of Daubert, the Eleventh Circuit also upheld the district court’s decision striking the testimony of the experts proffered by Corwin on the claimed similarities.

Marty was lead counsel, and briefed and argued the appeal, in Robert Wagner v. Columbia Pictures Industries, Inc., 146 Cal. App. 4th 586 (2007). In that case, the Court of Appeal upheld the trial court's order granting summary judgment in favor of Columbia Pictures, rejecting Wagner's argument that theatrical motion picture rights are "subsidiary rights" of the right to exploit a television series. In doing so, the court rejected Wagner’s reliance on evidence of general intent that was not tied to the words chosen by the parties in their agreement.

Marty was lead counsel, and briefed and argued the appeal, in St. Paul Fire & Marine Ins. Co. v. Compaq Computer Co., 539 F.3d 809 (2008). In that case, the Eighth Circuit affirmed the district court's order granting summary judgment in favor of Compaq, holding that St. Paul owed Compaq a duty to defend a class action arising from allegedly defective floppy disk controllers. The Eighth Circuit held that a claim for breach of warranty fell within the definition of "error" in the Technology E & O policy issued to Compaq, and the relief sought in the class action fell within the definition of "damages." The Eighth Circuit also reversed the trial court’s order denying Compaq’s claim for eighteen percent statutory penalties under Texas’s Prompt Payment of Claims statute.

Marty was an integral member of the trial and appellate team that culminated in the landmark decision in Armstrong World Industries, Inc. v. Aetna Casualty & Surety Co., 45 Cal. App. 4th 1 (1996), following a fifteen month multi-phase trial, in which the Court of Appeal broadly interpreted the "occurrence" wording in CGL and umbrella insurance policies.

Marty was also lead counsel in the matter giving rise to the decision in Martin Marietta Corp. v. Insurance Co. of North America , 40 Cal. App. 4th 1113 (1995), in which the Court of Appeal broadly interpreted the "personal injury" coverage of a CGL insurance policy.

Other representative matters include claims arising from or involving:

Disputes over basic cable distribution rights, including disputes focusing on rights of assignment and accounting issues

Disputes over rights to film library

Disputes over exploitation of movies, television series and merchandise by vertically integrated enterprises

Marty’s clients have included the following companies, as well as certain of their affiliated entities: