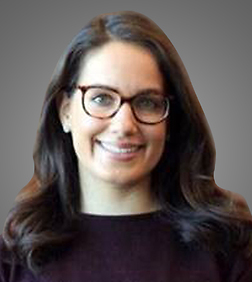 Michal Shany is an associate in the Entertainment, Technology and Advertising Practice Group in the firm's Century City office.

Michal’s practice focuses on transactional entertainment matters related to feature films and series (scripted and unscripted). She advises studios, production companies, and networks across all stages of development and production.

She regularly negotiates on behalf of Amazon Studios and served as production counsel to Keshet International on the drama series Echo 3 set to premiere on Apple TV+.

Prior to joining Sheppard Mullin, Michal was an entertainment attorney at Manatt, Phelps & Phillips, LLP in Los Angeles. She handled a wide variety of entertainment matters, from motion picture distribution and financing on behalf of independent producers to music rights and live touring on behalf of artists, as well as corporate and CCPA compliance matters. Michal has organized two Film & TV Industry panels selected for SXSW (2018 and 2020).

Michal received her law degree from Boston University School of Law where she was a Note Editor of the Journal of Science and Technology Law and the Entertainment Law Chair of the Communications, Entertainment, and Sports Law Association. During law school, Michal interned with the Content Protection Group at Fox Entertainment Group in Los Angeles, created and moderated a panel on the business of documentary distribution in Paris, and studied abroad at the University of Oxford (with a primary tutorial of media law).

Before law school, Michal received her Master in Documentary Film Directing from DocNomads, a two-year international program delivered by a consortium of three European universities: Lisbon’s Lusofona University, Budapest’s University of Theatre and Film Arts, and Brussels’ LUCA School of Arts. She directed, filmed, produced, and edited short documentaries in Portuguese, Hebrew, Hungarian, and French, and remains an active alumna.

Michal previously taught English through the Auxiliares de Conversación program in Madrid and completed a year of National Service working with Down syndrome adults in Be’er Sheva, Israel.