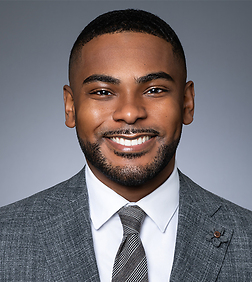 Omarr K. Rambert is an associate in the Entertainment, Technology and Advertising Practice Group in the firm's Century City office.

Omarr’s practice focuses on transactional entertainment matters related to television, digital media and feature films. He represents producers, studios, media companies and networks on a variety of matters, primarily including development and production of audiovisual projects.

Prior to joining Sheppard Mullin, Omarr worked as a media and entertainment litigation associate at another major law firm, where he represented clients in complex commercial litigation and a wide range of entertainment and First Amendment related matters. Omarr’s litigation experience allows him to approach transactions with a unique sense of risk management and dispute avoidance.

Resolute by nature, Omarr has always had a clear vision of combining his passion for entertainment with his keen critical thinking abilities. This drove his decision to pursue a B.A. from Pepperdine University where he majored in Film Studies with an emphasis in Critical Studies, in which he explored the ideological components of film and its intersection with religion, politics, race, gender, values, and globalization. Capping his four years as a student of film, Omarr directed a short documentary as his senior thesis, entitled “Fatherless,” which highlighted the success stories of several male students who defied the negative stigma of growing up without fathers.

While at Pepperdine, Omarr organized the university’s annual Spring Concert, bringing professional musical artists to perform on campus, and worked as a Creative Development intern at Myspace and an A&R intern at Epic Records, giving him a diverse perspective into various capacities of the entertainment industry. Omarr also received a certification in conflict management from a joint enterprise of Pepperdine’s Seaver College and Straus Institute for Dispute Resolution, in which he studied negotiation, mediation, arbitration, and cross-cultural negotiation and dispute resolution.

Omarr received his law degree from UCLA School of Law where he was a board member of the UCLA Law Review and National Black Law Journal and specialized in Media, Entertainment & Technology Law and Policy. As a part of UCLA’s entertainment specialization, Omarr authored a research paper discussing the evolving landscape of commercial broadband video content and the advent of subscription video on demand (SVOD) and its growing dominance. During law school, Omarr also interned for the Director’s Guild of America and Ballard Spahr LLP.

As a continuation of his undergraduate senior thesis, Omarr has authored an article published in the UCLA Law Review, entitled “The Absent Black Father: Race, the Welfare-Child Support System, and the Cyclical Nature of Fatherlessness,” which critically explores the perception of Black fathers and the ways in which media representations, policymaking, and laws related to state child support enforcement have informed said perception.

In his spare time, Omarr’s interests include photography, men’s styling, and fitness.