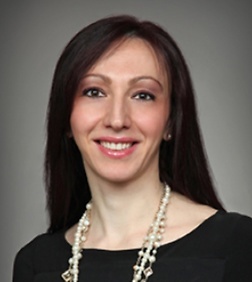 Helene Gogadze is an associate in the Business Trial Practice Group and a member of the firm's International Arbitration Team in the firm's Washington, D.C. office.

Ms. Gogadze has represented clients in numerous international arbitration matters, including in the oil and gas industry, and in disputes involving sovereign states and state entities. Some of her recent representations include:

Ms. Gogadze is admitted to practice in the District of Columbia and New York.